Every year Jingle Jam offers up a great selection of games as a reward for donating to the charity of your choice. I’m afraid it’s too late to jump on board for 2021 – I only heard about it at the last minute myself – but while redeeming my own 50-or-so Steam keys, I noticed something that I think it’s worth exploring even now the event is over:

Chances are you know me for my bestselling flash fiction anthologies, my novella about astronaut murder, or the game I made that uses real bananas as controllers so…

About a month ago, I talked about how my timetables were a mess and I was scraping by with the deadlines. I also hoped that by either this or the next statistics post (which will be at the end of the year) I can look back on that post and say that things turned out all right. Well, can I say it now?

If you follow me on itch.io, you know that I recently released a visual novel named Down the Memory Lane. Now, I'm super excited to tell you that a YouTuber called BlancoKix has made a video about it. Please check it out! 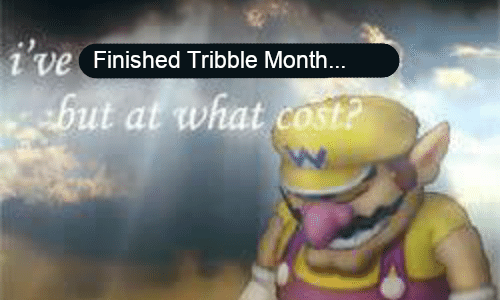 It's been a good while since my last Currently on art update, so it's once again time for a new one! I was supposed to get this done at the beginning of the month, but my coursework pile decided to collapse on me and I couldn't find the time before.

I was trembling when we docked at Feshural. This trip couldn't end well.

getting it right meant carefully preparing it with my trusty dictionary in hand. Even if it was at night when everyone else was sleeping and the only light I had came from the crescent moon.

Shiro grumbled somewhere on the ship when we docked after nightfall and let a hooded stranger in.

Yeah, I wouldn't recommend it either, even for an immortal," I remarked as Kuro grumbled next to me.

"What does even make those art supplies so special, aside from being taken from a crypt and some creeps cursing you over getting it?" one of the twins, Hif, asked.

"You may call me whatever you wish, but I'm taking your cake."
-L— Tsugumi Ohba